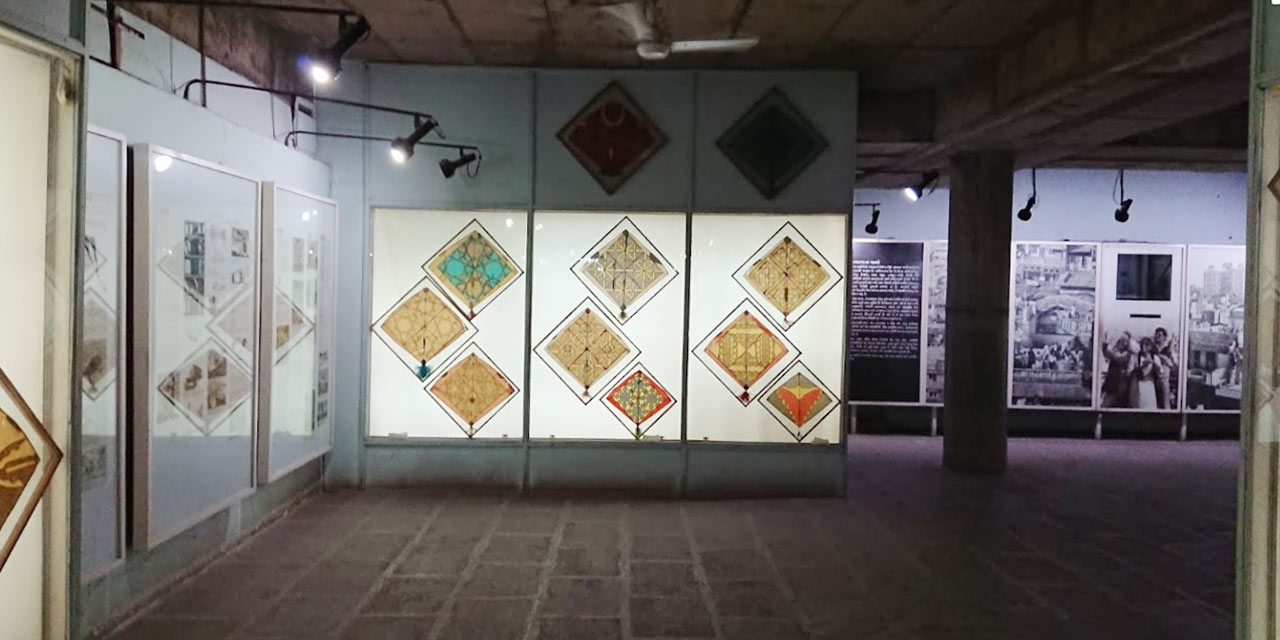 Ahmedabad has an array of ancient sites featuring amazing architecture that fascinates every traveller. History buffs visit the city to learn about its rich history and diversified culture. The city has several museums that houses rich collection of artefacts reflecting the culture and traditions of the city.

Kite Museum is a beguiling sightseeing spot of the city that displays around 125 kites. Kite Museum gives an enticing experience especially to children. Also known as Patang Kite Museum, the small museum is dedicated to kites and kite flyers. It holds kites from the ancient times till modern period.

Kite flying is a significant part of Gujarat’s celebrations and festivals. During the festival of Uttarayan or Makar Sankranti the sky is full of colourful kites being driven by people of all ages. Irrespective of their caste, creed and religion people start flying the kite for several days before Uttarayan.

International Kite Festival draws huge crowd not only from various parts of the country but also from other parts of the world who gather to enjoy flying different types of kites. Ahmedabad produces huge number of kites with major markets located at Kalupur, Jamalpur and dariapur.

Kite Museum is an informative museum developed within the Sanskar Kendra, a building designed by prominent architect Le Corbusier. A thought of setting up a museum exclusively for displaying a range of kites emerged when Mr. Bhanubhai Shah gave away his kite collection to the Ahmedabad Municipal Corporation.

Bhanubhai Shah had a passion of collecting kites and had been collecting kites from the age of 21 years. A treasure of kites varying in colour and sizes was preserved by him for around fifty years. Kite Museum is managed by Ahmedabad Municipal Corporation.

This inspiring museum displays a varied collection of kites and the materials used in making the kites. Key highlights include mirror work kites, Japanese kites and block print kites. A noteworthy exhibit is a 16 feet long kite featuring Garba dance. Another attraction is the kite portraying Radha Krishna.

Among the other notable exhibits include beautiful paintings and illustrations. There is a rich collection of hexagonal Japanese kites namely Rokoku measuring 20 feet in length. Traversing through the museum visitors can learn about the history of kite making. Kids would enjoy gazing at the miniature kites.

Museum features kites with images of well known personalities like Pandit Jawaharlal Lal Nehru and Mahatma Gandhi. It also accommodates geometric and animal pattern kites. Few of the kites are as old as seventy years. Visitors can find kites made of different materials including polythene, spinacle nylon, cotton and paper.

Travellers would find it interesting to learn about the use of kites in wars for aerial photography. Museum has a kite made from around four hundred pieces of paper. Other highlights are the kites with hand painted images of mythological figures. Kite Museum is an awesome place showcasing the history of kite flying from 200 BC till 1985 Ad.

People would be captivated to learn how Hiuen Tsang flew a kite in 200 BC at night as an attempt to frighten the army of China’s Liu Pang of Han dynasty. It is said that it was Hiuen Tsang and Fa Hien who brought the custom of kite flying to our country during their visit in 4th and 7th century respectively.

Visitors can even find information about kite flying in other parts of the world like Korea, Malaysia and the US. Many of the kites display images of trees, human beings, animals, birds and fruits made by using tiny pieces of paper glued together.

Kite Museum is open from 10:00 AM in the morning till 12 noon and from 4:00 PM till 6:00 PM in the evening on all days except for Mondays and Government Holidays. Photography is not allowed in the museum. There is no entry fee for visiting Kite Museum.

Kite Museum is situated within the Sanskar Kendra on the Bhattacharya Road, in Kocharb area of Ahmedabad.

The former capital of the state is well linked to other cities through rail, road and air. Sardar Vallabhai Patel International airport has several daily flights connecting Ahmedabad to various parts of the country and different countries of the world.

The main railway station is located at Kalapur and has several trains running between the city and other parts of the country. Private and government buses can be boarded either from Geeta Mandir or Paldi bus stops. Local taxis, auto-rickshaws, cabs or local buses including AMTS or BRTS can be taken to reach the Kite Museum from the railway station, airport or the bus stands.

Why to visit the Kite Museum?
Kite Museum is worth a visit to witness the rich collection of kites. The colourful world of kites is sure to excite the kids. It is an excellent opportunity for kite lovers to discover the history and legacy of kites.
When to visit Kite Museum?
Kite Museum can be visited anytime during the year except for Mondays. Travellers prefer visiting Ahmedabad during the months of October to March in order to avoid the scorching heat of the city.