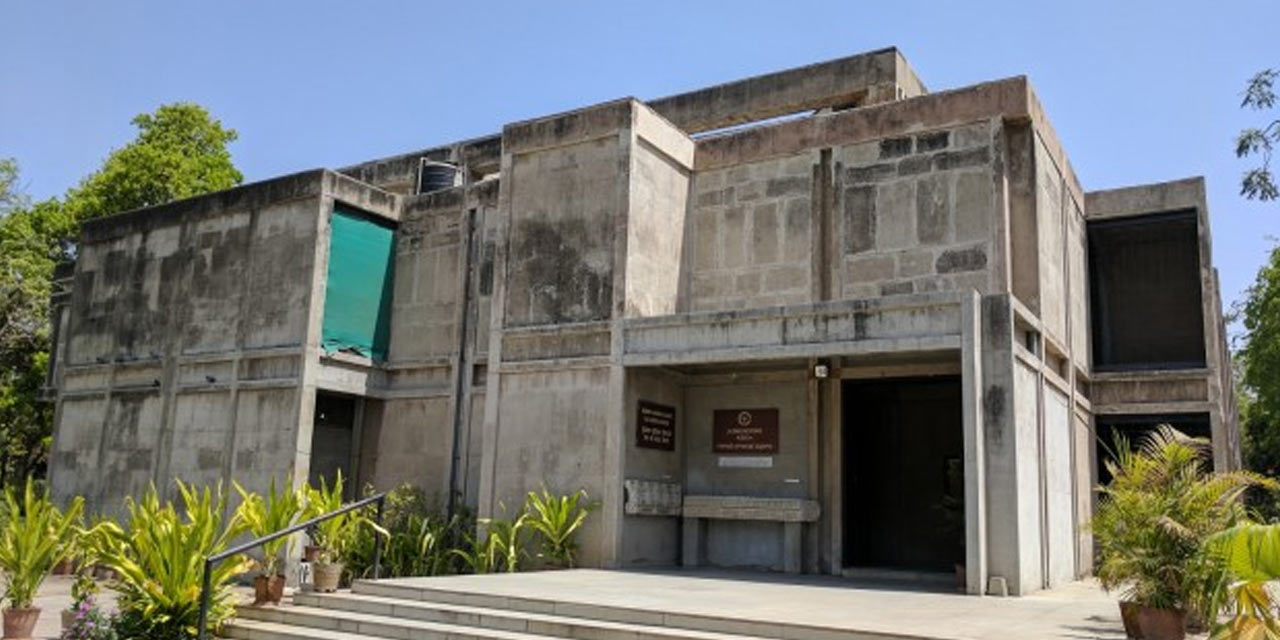 A vibrant city of Gujarat, Ahmedabad reveals a unique blend of modern and historic art and traditions. Renowned for its religious celebrations, travellers visit the city to discover its ancient heritage that takes them back in time.

Ahmedabad has several museums that give tremendous opportunities to tourists to explore the rich history and culture of the city. Museum houses several artefacts that reflect the aspirations and imagination of Indian artists.

Lalbhai Dalpatbhai Museum features a perfect blend of art and history with a massive collection of around 76000 handwritten Jain manuscripts including 500 illustrated ones and around 45000 printed books. An outstanding collection of manuscripts, miniature paintings and sculptures is sure to delight history buffs and art lovers.

There are information kiosks within the galleries giving an easy access to the information about the collection. L.D museum organizes workshops supporting the promotion of Indian art and culture. Since 2003, the Museum has a strong collaboration with the National Mission.

A renowned industrialist Shri Kasturbhai Lalbhai along with the famous monk and scholar Jain Acharya Muni Puniyavijayiji set up the Lalbhai Dalpatbhai Institute of Indology. Muni Puniyavijayiji gave all his valuable collection of manuscripts, bronze and cloth paintings to the institute. A thought of establishing a museum emerged as the collection grew in numbers and a need to safeguard it was realised.

Next to the L.D. Institute of Indology a building built by prominent architect Shri Balkrishna Doshi was chosen to host the rich collection of the artefacts. In 1985 the then Governor of Gujarat, Shri Brajkumar Nehru inaugurated the Museum.

This impressive museum was designed with two galleries named Muni Puniyavijayji Gallery and Smt. Madhuri Desai Gallery. Later in 2004 an additional gallery called the Priyakant Munshaw Gallery was set up.

Museum has it own conservatory laboratory which has the facility of cleaning, repairing and restoring the artefacts to preserve them for a longer period. Art Reference Library and Conservation Laboratory were developed with the assistance of Ministry of Culture, New Delhi 2012-2013.

Muni Puniyavijayiji Gallery is set in the first floor with a display of Gujarati Jaina style paintings. He had a passion of collecting several important artefacts like palm leaf manuscripts since 1940. The visitors get a chance to witness one of the earliest painted paper manuscript of Shantinath Charitra dated V.S 1453 (which refers to as 1396 A.D.). Shantinath Charitra is a Sanskrit text narrating the life of the 16th Jain Tirthankara Shaninatha and written by Ajita Prabhasuri in 1397 CE.

The valuable manuscript declared by UNESCO as a global treasure was donated by Muni Puniyavijayji to Lalbhai Dalpatbhai Institute of Indology in 1961. It also holds rare cosmological diagrams and Jaina-Siddha chakra yantra. A wonderfully decorated Chinese/Japanese style wooden cupboard is a notable exhibit.

Smt. Madhuri desai gallery showcases diverse sculptures reflecting the art of various parts of the country as well as from Nepal and Tibet. Among the Arvind Lalbhai collection features the Chola style 11th Century Nataraja and a 18th century A.D Nepali/Tibetan bronze Mandala which is displayed in the Madhuri desai Gallery.

This section of the museum accommodates a fifth century largest head of Buddha in stucco from Gandhara, and exemplary Buddha images from Mathura, Nalanda and Nepal.

Visitors can watch the 7th and 8th century Adinath bronze image from Sirpur, 6th century cult image of Lord Rama from Deogarh, Madhya Pradesh, a rare figure of Matrika Indrani from Shamlaji in Gujarat and Jain bronze images from Ghogha in Gujarat.

It is believed that the sandstone carving is one of the oldest-known carved images of Lord Rama. Kasturbhai Lalbhai Gallery presents an amazing collection of Indian miniature paintings crafted between the 17th century and 19th century portraying scenes from Ramayana and other court scenes. This gallery featuring around 1855 Indian drawings and unfurnished paintings is worth a visit. It gives a deep understanding of miniature paintings.

A stroll through the Gopi-Anand Beadwork collection would give visitors a glimpse of the imagination and creativity of the people especially from Saurashtra and Kutch region who engage themselves in beadwork used for decorating the house and for marriage ceremonies. Kutch community women have been heavily involved in this art. Shri Mahesh and Smt. Usha Pandya have donated several of such art pieces to the museum in the memory of his parents Shri Dalpatram and Gopi Ben Pandya.

Pahari School Ramayana drawings of Ayodhya Kanda collection display 62 folios illustrating the scenes from Ramayana. This section was open to public since 2016 and has been brought from a rich collection of Indian artefacts preserved in Kolkata by the Revivalist and Modern movements’ leaders.

Museum houses books in different languages including Sanskrit, Pali, old Gujarati, Apabhramsa, Rajasthani, Prakrit and Hindi. Museum also has a lost and found office and a baggage counter to deposit their baggage.

There is a museum shop that has an amazing collection of books published by the Museum and other renowned publications, greeting cards and other gift items.

Lalbhai Dalpatbhai Museum is located within the premises of the L.D. Institute of Indology near Gujarat University in Navrangpura. The former capital of Gujarat is easily accessible through rail, air and road. Kalupur Railway Station is the major station that has several trains connecting Ahmedabad to different parts of the country. L.D museum lies at a short distance of 7 km from the Museum.

Sardar Vallabhai Patel International airport has several domestic and international flights connecting the city with different parts of the country and the other countries of the world respectively. L.D museum lies around 12 km from the airport. Private and government operators run several buses connecting the city with other cities of the country. Buses can be boarded from Gita Mandir or Paldi bus stand.

Local buses (either BRTS or AMTS), cabs, taxi, or auto rickshaw can be boarded from the railway station, bus stand or airport to reach Lalbhai Dalpatbhai Museum. Tourists travelling through BRTS bus need to get down at the University Bus Stop and those travelling through the AMTS bus, need to get down at PWd Workshop or Gujarat University GSRTC bus stop.

Lalbhai Dalpatbhai Museum is open from 10:30 AM in the morning till 5:30 PM in the evening on all days except for Mondays and public holidays. For group visits, the museum has to be informed earlier and can take a guided tour.

There is no entry fee to visit Lalbhai Dalpatbhai Museum.